Some people think of their toilet as the magical genie that just flushes their garbage away to some subterranean, out-of-the way wonderland. The truth is that never happens, and all the things that you mindlessly flush down the drain will clog your toilet, increase water use, cause raw sewage leakage, emit toxins in the environment and harm marine animals.

With a goal to preserving the environment, here are 17 things that harm the sewage systems. These are items you should never flush down the toilet. 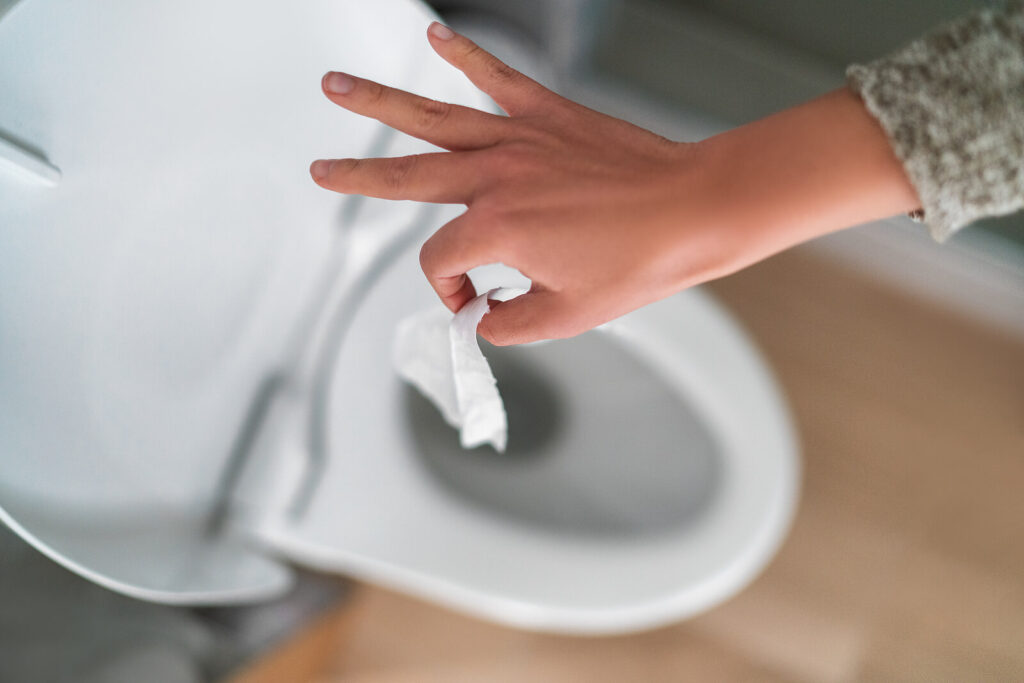 The only similarity baby wipes has to toilet paper is that they’re used to wipe baby’s bottom. The similarities stop there. Baby wipes are thicker, stronger and are not easily degraded so they will clog the sewage system.

Another non-biodegradable item, Band-Aids become entangled in hair and other foreign matter to block pipes.

Flushable cat litter might seem handy, but it’s more of a problem than a convenience. It clogs the plumbing and contains parasite which harm sea otters and seals.

This one needs no explanation. Think of the consequences of flushing what is basically an adhesive down the drain.

Cigarette butts seem simple and flushable, right? They’re not; the filters in the butts are not only filled with harmful chemicals but are also non-biodegradable.

Used condoms slip easily down the drain, but they inflate just as easily and can obstruct the flow of water and fecal matter through the pipes and into the sewers.

Cosmetic won’t clog the drains, but they could potentially harbor toxic ingredients that will disrupt the septic systems and water treatment process.

Cotton is not easily degradable, and when they accumulate in the pipes they are quite difficult to dislodge.
Dental floss

The seemingly innocent item is so easy to dispose in the toilet, but it can wrap around items in the drain and cause huge masses to form and block the drain.

It’s hard to imagine anyone who would actually flush a diaper down the toilet, but sewage workers name disposable diapers as one the main household items that clog drain pipes.

Dryer sheets contain synthetic chemicals that are bad for the water system. They’re also non-biodegradable so they’ll pile up and clog the drains.

These products are thick and absorbent, both characteristics that make them unsuitable for flushing.

Food will eventually degrade, but it takes some time and when it lumps together it will clog the drain.

Toss the hair from your hairbrush in the garbage, not down the drain. Hair tangles with other foreign matter and forms clogs.

Thick and bulky paper towels and napkins will bulk up and clog the pipes.

Don’t flush your goldfish, hamsters and other pets down the toilet. They’re bulky and will lead to clogs in the pipes. Why not host a proper burial instead of flushing them down the drain?

Grab your bin when you decide to clean out your medicine cabinet. You’ll disturb marine life when you send your prescription drugs right into the mouths of fishes and other marine animals. Read the labels or check out the Food and Drug Administration for information on the proper disposal of your meds.